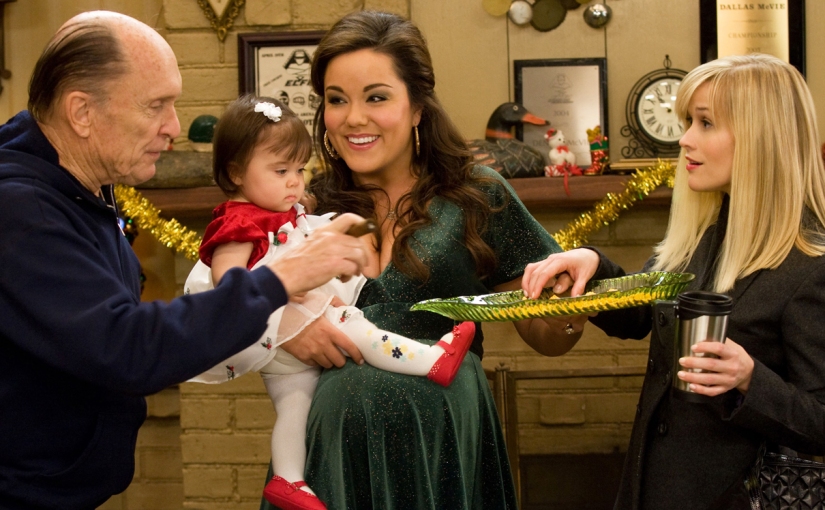 I remember going to the theatre to see Four Christmases on a date, and my reaction to the film hasn’t changed upon revisiting it now, eight years later: Why does this exist, and what does it offer me in terms of heartfelt moments and comedy?

The answer is “nothing.” Four Christmases is nothing but a series of terrible jokes about lesbians, fat kids, and white trash hors d’oeuvres strewn together by a premise designed to justify the lack of plot continuity. Brad (Vince Vaughn) and his girlfriend, Kate (Reese Witherspoon), are pressured into attending family Christmases this year – and since both of their parents are divorced, that makes four whacky families that we get to visit, each complete with their own set of potential laughs.

The problem is, the humor isn’t enough to hide the feeling of disconnect between the film’s four separate acts. In the end, you’re left with something that feels like a box of homemade ornaments and, since each joke is a different color bulb instead of a string of lights, finding a common theme is a daunting task. With a tree to hang the ornaments on – or with some substance to bring it all together – perhaps something unique could be revealed. But, since Four Christmases is loaded with forgettable characters and no real conflict, the only thing it reveals is a sincere desire to be just another mainstream romantic comedy that offers neither romance nor laughs, destined to fade into the bargain-bin melting pot with the rest of the mediocrity.