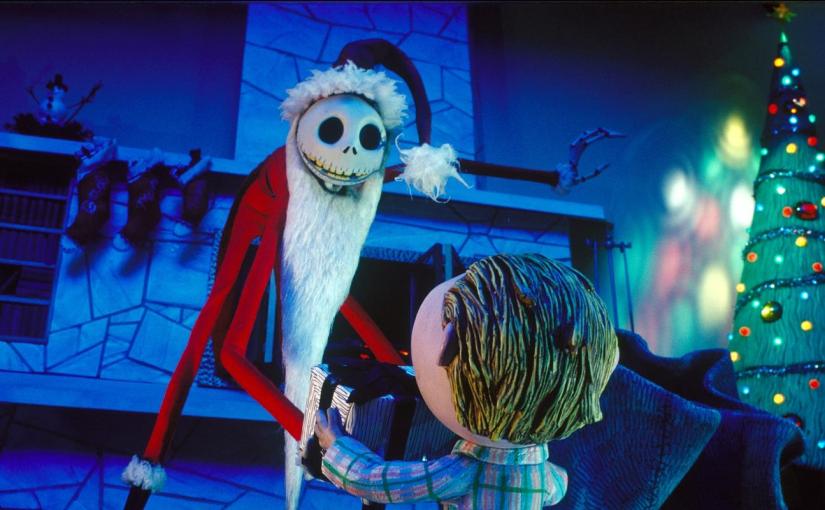 The Nightmare Before Christmas is one of those films that makes me cry each and every time I watch it, unless it’s just on in the background while I’m busy expressing my teenage angst through poetry and wearing black clothing.

In all seriousness, it’s one of those movies I’ve watched long before I had teenage angst and, speaking now as a mostly grown man, its appeal to me is different but equally powerful as it ever was.

I used to like the film simply because it was charmingly odd; it’s a darker project for Disney to get behind, and at the time I had never seen anything like it. I hadn’t heard of director Henry Selick, and stop-motion animation as a concept seemed radical – to think you could create an entire film by taking a series of snapshots!

Nightmare Before Christmas provided me with a moment of movie magic, if only because it opened my eyes to a world of animation that I didn’t know exists. The image of the undead Sally removing her arm to escape her grotesque creator, or mischievous children singing a song about eating Santa Claus – it pushed the boundaries of what I thought was possible in a “kid’s movie,” inspiring me to think about and look at film in a new way.

When I watch Nightmare Before Christmas today, every image on screen screams creativity, and every movement is evidence of time, dedication, and love. On display in every shot is pure talent and a knack for visual design that exceeds my comprehension, pulling me in to each scene and musical number with its overwhelming attention to detail. Even as it ages, somehow the “primitive” nature of its jerky motions make it all the more charming.

Coming in just over an hour, the concise package on story, rhyme, and music holds my attention like few movies can, drawing me into its world, genuinely making me empathize with The Skeleton King, Jack, who just wants to be normal and bring people Christmas joy, instead of Halloween scares. He just wants to fit in, to be liked and loved. But, that’s easier said than done. It’s a subtle commentary on the human experience that I missed as a child. Those themes resonate with me now, drawing me further into the characters and the silly world they inhabit – which despite the imagery of death, feels so very alive.

As tears well up in my eyes, I realize they don’t stem from the sad undertones that permeate the narrative, but instead are an expression of the pure beauty of the stop-motion charm, gorgeous hand-crafted backgrounds, and entrancing music.

Every time Jack and Sally dance – together forever – I can feel myself becoming overwhelmed, succumbing to the buildup brought by the experience. In the end, I’m not sure if Nightmare Before Christmas makes me feel happy or very sad, but I’m just glad that even at 30 years old it can move me to embrace emotions that only the complexity of art can provide.